SUMMARY:  Apple cider vinegar has been considered a panacea by many health experts and enthusiasts alike. Here’s the complete low-down on the benefits of ACV for weight loss and overall health. 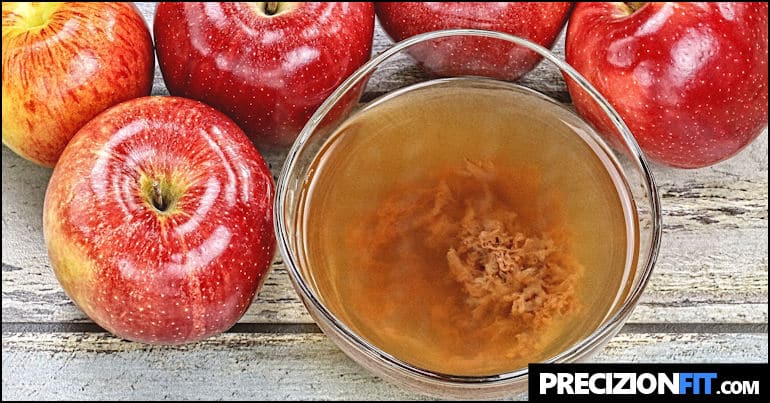 Want to know the best way to lose weight with apple cider vinegar?

There is no doubt that the benefits of apple cider vinegar for weight loss and overall health have been documented by thousands on various platforms online.

If you have been around the weight loss community for any length of time, you probably already know how much the popularity of apple cider vinegar has grown.

And like its name suggests, ACV is simply made using apples, though the exact nature of its raw material can see some variation from product to product.

For example, some types of vinegar is fermented using actual apple cider.

In contrast, other apple cider vinegar is made directly from apple must, which is freshly-pressed apple juice along with the skin, the seeds, and the stems.

Regardless of its exact production method, apple cider vinegar is made up of a significant percent of acetic acid along with water and other chemicals, which lend it a purported list of amazing nutritional health benefits.

In some cases, as with BRAGG AVC, apple cider vinegar might even come with what is called “mother of vinegar”.

Mother is a rather euphemistic name for the bacteria used to start the fermentation process that turns the apple cider or apple must into actual vinegar.

Sometimes, the mother of vinegar is filtered out of the apple cider vinegar, while other times, it is permitted to remain behind in the form of a floating film suspended in the fluid.

Although it can be rather unappetizing to the senses, it is supposed to be harmless, meaning that the apple cider vinegar that comes into contact with it does not have to be discarded.

In fact, some people even claim that it is beneficial for the user’s health, though this is something that needs further research at the moment.

But the question that everyone wants to know is what the benefits of ACV are for weight loss.

There has been a lot of talk lately about whether or not vinegar like BRAGG’s can help you to lose weight.

So we’re going to take a closer look at 7 ways that nature’s wonder drink can help you to start burning even more fat.

Mother of vinegar contains high concentrations of iron, which is one of the nutrients that human need for their metabolic processes.

In other words, iron is necessary for making sure that a person’s muscles have all of the oxygen that they need to provide optimal performance during exercise, plus a number of other functions that are less well-known but no less important. [1], [2]

Furthermore, mother of vinegar contains prebiotics in the form of certain indigestible carbohydrates.

These chemical compounds serve as important sources of food for the bacteria in the digestive system, which keep harmful bacteria from flourishing while also assisting in the digestion of particularly hard-to-digest foods.

Combined, these factors ensure that a digestive system is providing the efficient and effective digestion that is so necessary to weight loss. [3]

Apple cider vinegar has been shown to reduce the level of sugar in the bloodstream.

While this is most important for diabetes sufferers, it is interesting to note that preventing high levels of blood sugar can also control binges and keep people from wanting to eat more, which is one of the most main causes of weight gain. [4]

Similarly, the use of apple cider vinegar has been confirmed to make people more full after a meal, providing excellent hunger control.

This is important because it means that they will be consuming fewer calories over the course of the day.

The fewer calories consumed, the less that they will have to burn through in order to start losing weight. [5]

Studies involving rats have shown that apple cider vinegar reduces their cholesterol as well as their blood pressure, which are important for ensuring continuing heart health.

Unfortunately, information collected from the study of rats is not always applicable to humans.

So far, there has been a study establishing correlation but not necessarily causation between apple cider vinegar and a lower chance of heart disease in humans.

Still, if applicable, these studies mean that apple cider vinegar can contribute to the strong heart needed to ensure efficient and effective distribution of nutrients during exercise. [6], [7], [8]

Apple cider vinegar contains potassium, which is another nutrient that is essential for continuing human health.

One of the most famous symptoms of its lack is the feeling of fatigue, which makes it that much harder for people to exercise as much as they need. [9]

When you eliminate fatigue, the less you will have to rely on energy drinks to help get you through the day.

Reader’s Digest claims that some of the amino acids contained in apple cider vinegar can slow down the build-up of lactic acid in the muscles, thus slowing the onset of tiredness when exercising. With that said, please note that this might be premature. [10]

Are There Any Side Effects?

Is there any reason that you should you be concerned when using apple cider vinegar?

It is important to remember that while the acetic acid contained in apple cider vinegar is considered to be a mild acid, it is nonetheless an acid.

In other words, it is capable of causing damage to a wide range of materials with sufficient exposure as well as a sufficient concentration.

For example, drinking undiluted apple cider vinegar has been known to wear down the enamel of the teeth, which is a serious problem because the enamel exists to protect the rest of the tooth from harm.

Something that is particular concerning is that because the enamel is like bone in that once it is lost, it cannot be regenerated through natural processes.

As a result, those interested in claiming apple cider vinegar benefits must make sure that their apple cider vinegar has been diluted by adding water, which will enable them to drink it without actually exposing their teeth as well as the rest of their tissues to excessive levels of acid.

Better still, since most people find drinking undiluted apple cider vinegar to be an unpleasant experience at best, making sure to dilute it with water can actually help them get it down.

Naturally, while apple cider vinegar might be useful for people interested in losing some weight, it should not be regarded as some sort of miracle cure.

This is only because that would encourage the consumption of a foolish amount of the harsh substance.

In the end, someone planning to take apple cider vinegar must be prepared to back it up with a healthy diet as well as the regular exercise that is so essential to ensuring human health.

Otherwise, they risk coming out of the experience with nothing but a sour taste on their tongue as well as a sour opinion of the whole matter.

After all, while apple cider vinegar can lend a much-needed helping hand, it still needs its users to put in the necessary time and effort for maximum effect.