SUMMARY:  Coffee is one of the most consumed beverages, especially by those who need help waking up and getting started in the morning. Here are a few of the many benefits of coffee for weight loss and overall great health. 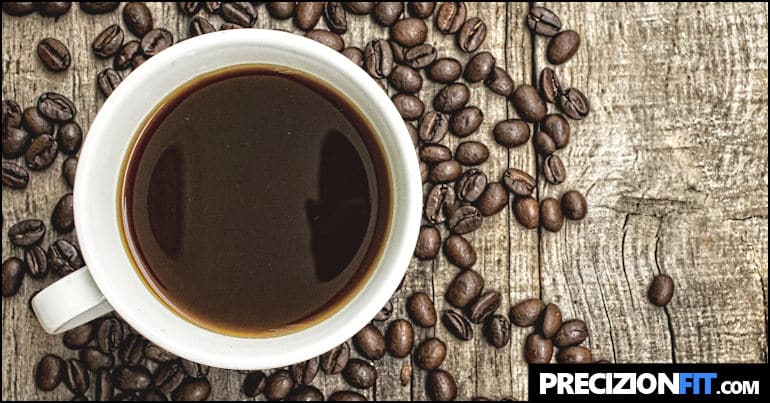 Does coffee really help you to lose weight?

Given the immense interest in nutritional weight loss solutions in this day and age, it is no coincidence that a wide range of foods and beverages have been promoted as such, with coffee regularly making its way to the top of the list.

However, it is interesting to note that although there is truth to the claims of coffee being beneficial for weight loss, it is not so much coffee itself that’s responsible, but its most notorious component caffeine.

With that said, anyone interested in coffee’s potential should make sure to read up before incorporating it into their plans because, as with most things in life, moderation is always the best practice.

Benefits Of Coffee For Weight Loss And Health

Although coffee is relatively safe, the excess consumption can come with a host of side effects, which are discussed in more detail near the end of this article.

So be careful and monitor your intake for the safest experience while losing weight.

Without any further ado, here are 7 ways that coffee can be beneficial for weight loss:

A cup of coffee before your workout just may be the key.

First and foremost, the caffeine in coffee causes more catecholamines like adrenaline to be released, which act as neuromodulators in the nervous system.

This is important because said chemicals cause the heart to beat faster and the liver to release more sugar into the bloodstream.

As a result, more blood containing a greater amount of nutrients is pumped to the muscles.

This provides your muscles with the metabolic fuel needed to power through a more intense exercise routine for a perceived reduction in exercise exertion. [1]

This is why many people choose an average cup of joe as a safer alternative to popular energy drinks.

Furthermore, caffeine causes more neurotransmitters such as epinephrine to be released into the bloodstream.

If you are unfamiliar with the name, it might be better-known as adrenaline, which is the chemical that is responsible for the fight-or-flight response in humans.

This is important because the fight-or-flight response primes the human body for physical motion by increasing muscle tension for more speed as well as more strength. [2], [3]

And this ultimately translates to increased performance, whether you are in the gym or engaging in your favorite sport activity.

Ever have those days that you get to the gym and just don’t feel like working out because you are so mentally exhausted?

Well, mental fatigue can be as bad as physical fatigue when it comes to keeping you from completing your exercise routine.

Fortunately, consuming coffee before your workout can prevent this problem by making sure that you stay alert and awake even if you should be feeling tired.

This ensures that you will be able to provide your best performance instead of struggling through your workout and settling for whatever you can get away with. [4]

Similar to weight loss teas like Green and Oolong, coffee is great for fat loss because it stimulates lipolysis, which is when fat cells break down fats so that the resulting nutrients can be released into the bloodstream and used by the muscles as well as other human tissues for energy.

Combined with exercise that will push the muscles to make use of those nutrients, this can help coffee drinkers reduce the fat build-up in their bodies and stay lean. [5]

Do you ever envy those people who have a naturally fast metabolism and seem to binge on anything they want and still not get fat?

These people are said to be blessed with a naturally fast metabolic rate.

Like its name suggests, your metabolic rate is the average rate at which your metabolism normally runs throughout the day.

This is important because a faster metabolic rate means that you can burn calories faster through natural metabolic processes even when you are in a resting state.

Interestingly, studies have shown that the consumption of coffee causes the coffee drinker’s metabolic rate to rise, meaning that they will start burning calories faster, even before they start exercising for even further benefits. [6]

There is evidence suggesting that the muscles of coffee drinkers initially draw more on the fat circulating through the bloodstream than on their stores of glycogen to power their contractions.

This means that you can expect to hold onto to your glycogen stores for longer periods of time than otherwise possible.

This is important because longer-lasting stores of glycogen equates to greater endurance when exercising.

And with an increase in endurance, coffee drinkers are able to power through more intense exercise routines for increased consumption of calories and ultimately greater fat loss. [7]

Coffee increases thermogenesis, which like its name suggests, is the generation of heat in an organism.

This is important to people seeking to burn more fat and lose weight because the increased generation of heat causes your body to burn up more calories.

Although there is still much that remains to be explored about the exact mechanisms by which coffee increases thermogenesis in humans, it is important to note that even small effects can build up to significant sums over time, particularly when taking the other weight loss benefits of coffee into consideration. [8]

How Should You Be Using Coffee To Lose Weight?

There is no doubt that a lot of people out there like to take their coffee with cream as well as high concentrations of sugar.

But if you are trying to slim down this is going to be problematic, because these condiments can cancel out any weight loss benefits of consuming the beverage.

As a result, those interested in claiming said benefits should make sure to choose black coffee rather than one of its more complicated and more fattening alternatives, particularly if they are drinking it to lose weight rather than for the pleasure of its taste.

Are There Side Effects?

On a related note, it is worth mentioning that the excess consumption of coffee can result in a host of side effects.

Some common examples include but are not limited to irritation, restlessness, sleeplessness, and even nervousness. [9]

This means that anyone interested in claiming its weight loss benefits should not throw caution to the wind and rush out to consume the most cups possible in the shortest period of time.

On the contrary, if you are interested in reaping its fat loss benefits you should make it a point to adjust your intake a little at a time so that you can figure out the right amount of consumption that works best for you.

This way, if you find yourself consuming too much coffee, you can stop yourself from repeating that mistake in the future instead of having to struggle with something much more serious.

Finally, it should be noted that if you are interested in claiming the weight loss benefits of coffee, you might want to pace yourself because excess consumption of this beverage causes your tolerance for caffeine to rise faster.

When your tolerance builds up, it drastically reduces its potential metabolism boosting and fat loss effects.

Instead of drinking coffee all the time, you should consider alternating your consumption between days and even weeks.

When you stagger like that, you are able to hold off any tolerance build-up for caffeine for as long as possible and are able to receive the benefits over a longer period of time.

With that said, it is important to remember that while coffee can be beneficial for weight loss, it is not supposed to be some kind of quick fix miracle solution like the latest diet fads out there.

As a result, if you are planning to incorporate coffee into your weight loss plan you should make sure to use it in moderation along with a clean diet as well as a regular exercise routine.

This way, you can count on getting all of the great fat loss benefits of coffee while avoiding the worst of its side effects, thus ensuring the best results from the experience.