SUMMARY:  Green tea has long been considered by many experts to be one of the greatest health elixirs. Here’s the scoop on green tea benefits for weight loss as well as overall great health. 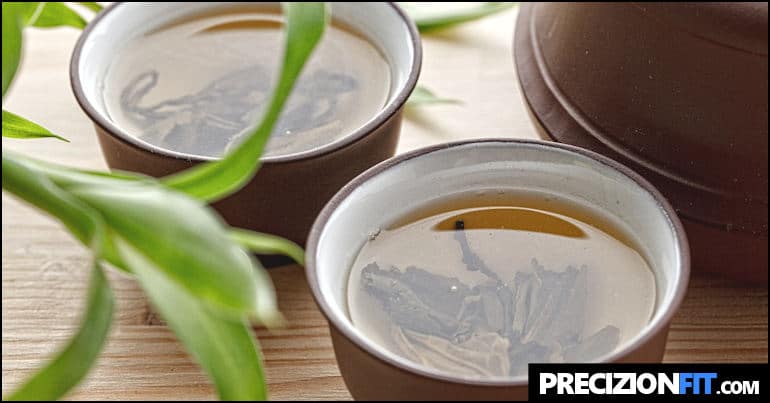 Are there any real benefit to drinking green tea for weight loss and overall health?

There’s no denying that Green Tea is one of the most popular teas for weight loss on the planet.

It’s one of the most inexpensive dietary weight loss solutions available that not only is super effective, but also comes virtually free of any negative side effects.

But green tea is also one of the most popular teas because has been used for centuries by people all over the world for its countless health benefits.

In this article, we’re going to explore the vast benefits of the world’s most popular tea for your health and reveal why so many people opt to drink this amazing elixir every day.

Green tea is made using the leaves of Camellia Sinensis, which is the scientific name of the evergreen shrub that is much better-known
to most people as the tea plant.

However, it is unlike other types of popular tea such as black tea and oolong tea in that it has not undergone the withering part of the tea production process.

During withering, the tea leaves lose a significant amount of their water content while other processes change their taste as well as their chemical makeup.

With that said, it is important to note that green tea encompasses a wide range of teas within its family that can be distinguished from each other using a number of different factors.

Furthermore, it is worth noting that the taste of green tea can be changed by adding in other ingredients.

A good, well-known example would be with the use of jasmine flowers to scent jasmine tea.

As a result, while a particular drinker might not like a particular type of green tea, chances are good that they will be able to find something better-suited to their palate so long as they are willing to put in the time and effort to search for it.

What Are the Benefits of Green Tea?

Green tea is considered the Holy Grail of teas because of the number of tremendous positive effects it can have on your overall health and well being.

Although there are many more positive effects that green tea can have on your health, we have listed what we think are the top ten benefits of this awesome tea.

One of the greatest health benefits of drinking green tea is that you are getting a healthy dose of polyphenols such as epicatechin and epigallocatechin, which is important because these particular chemical compounds act as powerful antioxidants in the body. [1]

This is crucial because antioxidants serve as the first line of defense against free radicals, which have a significant role in aging as well as a number of serious medical conditions such as cancer and heart disease.

Like coffee, green tea contains enough caffeine to provide a noticeable boost in mental performance when you need it most, whether you’re at the office, having a long study session or getting your workout in.

And the good news is that the caffeine content is not enough to cause some of the more unpleasant side effects like coffee or even energy drinks can.

Essentially, it is useful for improving your mood, increasing awareness of your surroundings and even increasing your ability to process information in a fast but nonetheless reliable manner. [2]

Summed up, this popular tea contains enough caffeine to make it a healthy alternative to energy drinks and coffee for anyone who needs to focus on something important for any particular period of time.

On a related note, green tea contains a rare amino acid called L-Theanine, which can combine with caffeine to provide an even bigger boost in mental processes and overall performance. [3]

As a result, while green tea might not contain as much caffeine as coffee, it is nonetheless a potent stimulant in its own right.

Better still, some people claim that the combination of caffeine and L-Theanine puts them in a more productive state than coffee, though it should be noted that these experiences are no more than anecdotal in nature.

It is worth noting that L-Theanine is one of the chemical compounds contained in green tea that not only takes the edge of caffeine, but also serves to combat stress reactions, thus making it easier for you to feel a sense of calm and relaxed as needed. [4]

Part of this is because L-Theanine causes more of the hormone called dopamine to be released into the nervous system, which is known for its euphoric effects as well as other important benefits.

Reducing stress can work wonders, especially when you are dieting, preventing you from binge eating when life starts to get the best of you.

There are some studies suggesting that green tea and its components may lower the risk of certain serious diseases such as cancer.

However, it should be noted that research into green tea’s uses in lowering the chance of cancer is still in its earlier stages, meaning that correlation does not necessarily mean causation.

Tests involving animals as well as test samples suggest that some of the chemical compounds called polyphenols contained in green tea may protect against progressive neurodegenerative disorders such as both Alzheimer’s disease and Parkinson’s disease. [7]

If this is true, green tea can have an important role in preventing the tragic decline of mental faculties that is all too common in seniors.

It has been shown that green tea contains components that can successfully kill microbes in the mouth.

Although this has important implications for oral health, some people might be more interested in the fact that this process cuts down on the production of volatile sulfur compounds in the mouth. [8]

In other words, people with halitosis can expect a reduction in their bad breath simply by drinking green tea, which is as simple and straightforward a solution as can be.

When LDL in the blood reacts with free radicals, it is thought to become more reactive with surrounding tissues.

This can cause them to build and build over time until the blood vessels become constricted and inflexible, thus leading to cardiovascular disease.

Green tea may inhibit the oxidation of LDL, making it no coincidence that green tea drinkers report lower chances of cardiovascular disease. [9]

A Japanese study on the Japanese population concluded that there was a correlation between drinking green tea and having much lower chances of getting type-2 diabetes. [10]

This is particularly interesting because of another study suggesting that green tea is beneficial for glucose control as well as insulin sensitivity, which suggests that the correlation might not just be a coincidence. [11]

Finally, it is worth noting that some studies have concluded that green tea may successfully burn fat faster, though other studies have not come to the same conclusion. [12]

In particular, the studies that share this positive conclusion claim that green tea is particularly effective specifically on abdominal fat, which has bigger consequences for human health.

Summed up, it is clear that green tea has a number of important health benefits for humans, including some that make it easier for its drinkers to lose weight through one means or another.