SUMMARY:  The Half Rule Diet is a weight loss protocol that is easy to follow and doesn’t require changing what you eat. Here’s everything you need to know about this unique approach to weight loss nutrition. 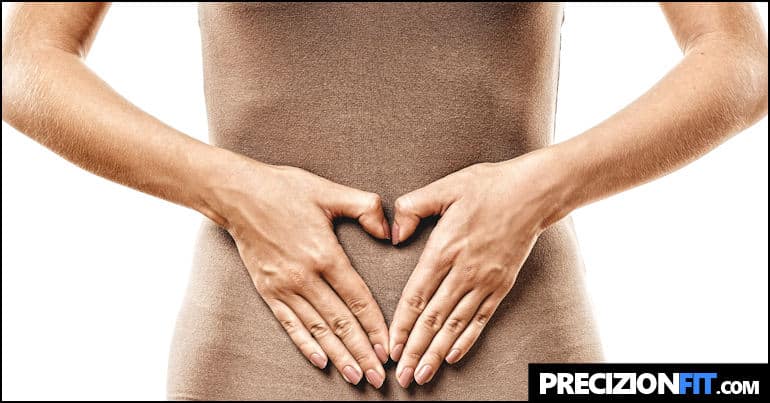 Is the Half Rule Diet really the easiest way to lose weight without starvation and struggle?

There is no doubt that when it comes to weight loss nutrition, following a conventional restriction type diet for any length of time is going to become frustrating at some point.

And more often than not, all it leads to is another unsuccessful attempt at losing weight.

So it’s safe to say, conventional fad diets that are super calorie restrictive are not the best way to lose weight because they just don’t work long term.

Any experienced dieter knows from trial and error that the more you restrict your food choices, the more you crave them.

And eventually, no matter how hard you try, your will breaks down and you give in to your hunger.

The truth is, it’s not easy to lose those extra pounds, but conventional dieting makes it more difficult than it needs to be.

Here is the good news though.

There is a very simple, yet effective, weight loss technique that can help control hunger and make the process a lot less painful than what you may have experienced so far.

The Half Rule Diet

If you are having a hard time and finally want to lose weight without the starvation and struggle, then you can implement what is referred to as the Half Rule Diet.

With the Half Rule, you continue to eat the types of “normal” foods that you like and enjoy; the ones that you’re used to eating.

And you can eat them as often as you normally eat them.

But the trick is to only eat half as much, which is why this technique is called the Half Rule.

How Does It Work?

When it comes to the Half Rule, all you have to do is start out by putting a normal portion of food on your plate.

Then you simply cut your meal in half before you begin eating, moving the other half of it out of sight.

This means you can still enjoy that juicy burger that you love.

The same is true for all of the other foods that would normally be off-limits during a weight loss program, like calorie dense pastas, breads and desserts.

Simply put a regular-sized portion of your food of choice on your plate, then remove exactly half of it; it’s literally that easy.

Always Have A Meal On Tap

This is another aspect of this diet that makes it well worthwhile to follow.

When you are only eating half of a regular meal, you are always going to have another meal literally waiting for you and ready to go.

This means that you won’t have to prepare another meal since you already have one waiting for you.

You can eat the other half of your meal later on that day or you can simply eat it the next day if you want.

No matter how you choose to do it, you are always going to have a meal waiting for you, which makes it easy on your schedule.

Having a ready-made meal also makes you less likely to binge on junk food in times when you are hungry and don’t feel like preparing a meal.

At first, following the Half Rule diet might be somewhat awkward for you to follow mentally, since creating any new habit will take time.

But before you know it, you will find it easier and easier to take half of the food on your plate off and save it for later.

And as far as the results go, you will be surprised to see how easily you can start to drop the weight.

Eating half of what you’re normally used to is still going to quell your hunger, especially when it’s food that you love.

What Are The Benefits?

The main benefit of this particular diet plan, and why it’s one of the best choices for those who have a hard time dieting, is that nothing is off limits as far as food goes.

This makes it one of the most pain-free and satisfying ways to lose weight.

Another great benefit is that there are no complicated rules to follow.

The only thing you need to remember is to take half of your normal portion off of your plate.

The same rule applies to the small things you might take for granted, like putting sugar or cream in your coffee; just use half of the normal portion you normally use.

Should You Count Calories?

A question that often arises when it comes to the Half Rule diet plan is if you need to count calories.

Even if your total daily calorie intake on this plan is not as small as it would be on a restricted calorie diet, you’re still going to lose weight.

This is because you will be consuming half as many calories as you did when you were either gaining or maintaining your normal weight.

Will This Diet Work Long Term?

As your stomach becomes used to the new food portions, you may wonder how you ever consumed twice as much food in the first place.

By then, you will have already lost a good amount of weight and the major part of your routine will consist of a maintenance phase.

Of course, if you want quicker results you can speed up the entire process and start burning fat faster up by including an exercise program.

But any way that you look at it, implementing the Half Rule into your diet program is going to be one of the easiest ways to start dropping the pounds and finally getting down to the size you want.