SUMMARY:  Although low-carb diets are the current trend in the world of weight loss, there are many carbohydrates that can help you lose weight. Here’s a list of the best carbohydrates for weight loss and great health. 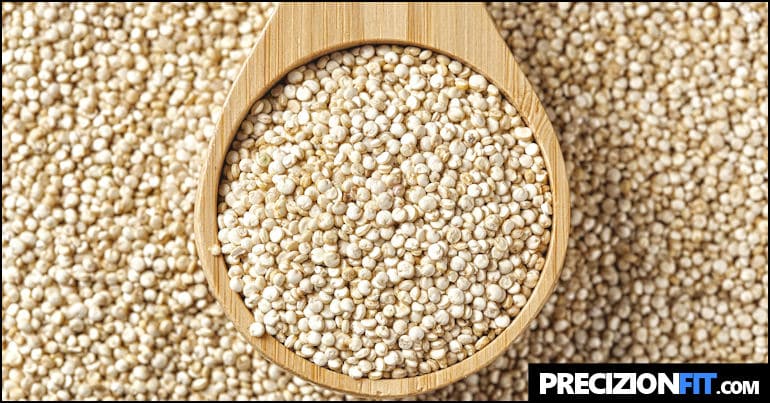 Want to know the healthiest carbs for weight loss that let you enjoy your diet and still lose weight?

The term “carbs” is the short name for carbohydrates, which live up to their name by being molecules that contain carbon, hydrogen, and oxygen atoms.

When it comes to food, they can be categorized as fiber, sugars or starches.

The first cannot be digested by humans, but the other two can be either used to power the human body or transformed into fat for long-term storage.

As a result, a lot of experts out there recommend low-carb high-fat diets for weight loss.

When it comes to starches for weight loss, it should be noted that there are both good and bad carbs.

What this means is that when you are dieting you should be fine eating the right types of carbohydrates, so long as you exercise the appropriate degree of care and consideration.

So here are 10 of the best carbs for weight loss:

Apples contain large amounts of healthy fiber, which make them filling while staying low in calories.

As a result, they are an excellent choice for people who are looking to lose some weight, whether they are eaten on their own as a snack between meals or cooked up with other foods as part of a meal.

Better still, their fiber as well as the rest of their nutrients provide a number of health benefits, with a fall in blood sugar levels being a particularly stand-out example. [1]

Like apples, bananas contain large amounts of fiber, meaning that they enable people to eat less while still controlling hunger in a smart and sensible manner.

Naturally, they are also filled with vitamins and other nutrients, which enable them to improve the function of the cardiovascular system as well as the digestive system. [2]

Given their juiciness, it should come as no surprise to learn that strawberries contain huge amounts of water while carbs follow at a distant second.

Most of these carbs come in the form of simple sugars, but there is a fair amount of fiber in them as well.

Combined with their other nutrients, these make strawberries healthy foods that can provide not just a shot of energy but also antibacterial, anti-inflammatory, and even antioxidant properties. [3]

But almonds are also great because they contain a good balance of fiber, fat and protein, along with a whole host of other important nutrients.

As a result, they are not just good for people who are seeking to fill up in between meals but also for people who want to improve their health by as much as possible.

After all, almonds can provide a whole host of important benefits, which range from lower the chance of cancer caused by free radicals to helping with both blood pressure and blood sugar levels through the consumption of magnesium. [4]

Technically, peanuts are legumes rather than nuts, but it is interesting to note that they are similar to almonds in that they have a good balance of fat, fiber, and protein along with other important nutrients.

As a result, they are extremely beneficial when consumed in moderation, which has been shown to be correlated with healthier weights.

The exact reasons remain unknown, but possibilities range from increased satiety to lower caloric intake because of their fiber. [5]

Chia seeds are the seeds of Salvia Hispanica, which is a South American plant that is related to the mint plant.

In ancient times, it was a popular food sources for Mesoamerican cultures, but in modern times, it has become valued for being a remarkably efficient way to take in fiber, protein, and other important nutrients.

Due to their high fiber content, chia seeds let their eaters fill up faster while taking in fewer calories, thus making it that much easier for them to get into shape by providing less energy for their bodies to burn. [6]

Oats contain large amounts of carbs, mostly in the form of starches.

Some of the carbohydrates in oats are fiber, while next-to-none of them are sugars.

As a result, oats are great for filling people up while also providing them with the energy that they need for their exercise routines.

Better still, they are known to have all sorts of benefits for heart health, with the reduction of cholesterol being a prominent example. [7]

Most people see quinoa as a cereal, but it should be noted that it is actually a seed that can be cooked and eaten in much the same way as cereals.

In recent times, it has become popular with health-conscious people for a number of reasons, including but not limited to better regulation of blood sugar levels to higher amounts of fiber compared to most of the grains out there. [8]

Eating properly-cooked kidney beans is a great way to take in protein as well as starches and a small amount of fiber.

As a result, they are an excellent choice for people seeking to feel full as well as people in search of energy for their exercise routines.

In particular, they are suitable for diabetics because their starches take longer to digest, meaning that the resulting sugars are released into the bloodstream over a longer period of time. [9]

Sweet potatoes are sometimes called yams, but it should be noted that yams tend to refer to a separate but somewhat similar-looking kind of tuber.

Generally speaking, sweet potatoes are made up of water and carbs, which can be separated into a large amount of starches, some sugars, and a somewhat smaller amount of fiber.

Due to the fiber, people can fill up faster on sweet potatoes and still have an easier time losing weight because they are taking in fewer calories that will have to be worked off in their exercise routines. [10]

The 10 foods listed here make up some of the best carbs you can include in your diet for weight loss.

This was a great place to start, but if you are interested in other tips on eating well without cutting carbs out of your diet, you should make sure to check out some of our other great articles!