SUMMARY:  Sugar is one of the most dangerous and detrimental nutrients that can wreak havoc on your health. Here’s a complete list of the healthiest natural sweeteners you can use to replace sugar in your diet. 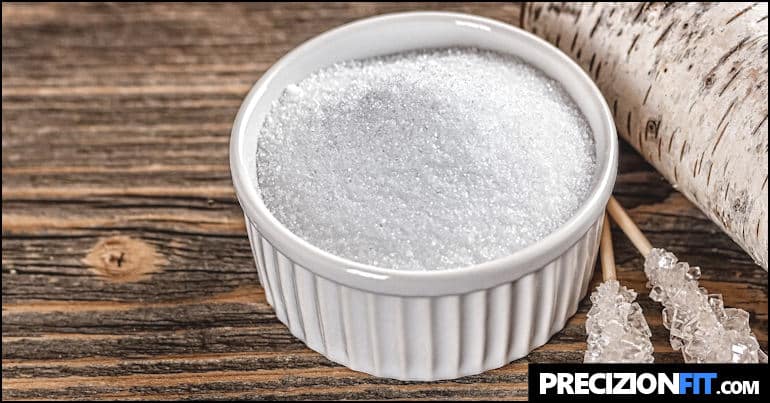 Looking for the healthiest natural sweeteners to replace refined sugars in your diet?

There’s no denying that many people today seem predisposed to crave the sweetness of sugar.

Some have speculated that in the distant past, this predisposition served to steer humans towards ripe fruits rather than their unripe counterparts, since ripe fruits were sweeter to the palate whereas unripe fruits were not.

There’s no harm done there, since fruits are relatively healthy for you when consumed within reason.

However, in our present day society filled with refined sugars and processed foods, it’s a totally different story.

The Dangers of Refined Sugars

The natural affinity for sweets encourages people to overeat the tasty stuff, which is particularly problematic because so much food has become packed with loads of refined sugar.

And simply put, overeating simple sugars will eventually lead to obesity, which contributes to an enormous number of serious medical conditions that range from diabetes to cardiovascular disease.

Although eating refined sugars cannot be said to come with the same sort of consequences as, say, smoking tobacco, its role in contributing to obesity and its related diseases is more than enough to label it as something dangerous.

As a result, it is no coincidence that more and more people are choosing to remove refined sugars from their diet, in spite of their widespread distribution in the modern world.

With that said, breaking sugar addiction is an uphill battle for most, which is why removing all refined sugars from the diet is considered much easier said than done.

However, there is a potential solution in the form of replacing refined sugars with their healthier all-natural counterparts, which provide the same taste of sweetness but with fewer of the consequences.

Although not all natural sweeteners can serve as acceptable substitutes, there are more than enough of them to make this work.

Truth be told, some all-natural sweeteners have much the same consequences as refined sugars, while other sugar substitutes are not capable of providing sufficient sweetness to suit all palates.

In recognition of this fact, here are 7 of the healthiest all-natural sweeteners that you can use every day to replace regular sugar.

Given its name, it should come as no surprise to learn that Stevia is extracted from Stevia Rebaudiana, which is a plant that has been cultivated for sweetness as well as medicinal purposes for centuries in its native South America.

Interestingly, while the sweeteners contained in the leaves of the Stevia plant are hundreds of times sweeter than most refined sugars on a gram-by-gram basis, Stevia is actually extremely low-calorie, which makes it great if you are on a low carb diet or are just trying to eat clean.

This is because it acts as a fiber, passing out of the body without being broken down by normal metabolic processes.

Even more interesting, it has been shown to lower high blood pressure as well as lower the level of blood sugar in diabetics, while other potential health benefits are still under investigation. [1], [2]

Since Stevia is such as popular low-calorie natural sweetener, it is often recommended as a substitute for sugar in many weight loss beverages such as green tea or coffee.

Although not as beneficial for weight loss as coconut oil, coconut sugar still provides good enough health benefits to be a good choice over conventional sweeteners.

Coconut sugar is made using the sap of the coconut palm, which is heated until its water content has evaporated to create what people call coconut sugar.

Unsurprisingly, this process means that a lot of the sap’s nutrients are left behind, with examples including but not limited to iron, zinc, calcium, and potassium, as well as a fiber called inulin, which might be able to slow the absorption of glucose into the human body. [3]

However, it is important to note that coconut sugar is similar to refined sugars in that it is high in calories, so it is not suitable to be used while on a low carbohydrate diet.

With that said, if you are trying to either maintain your current weight or lose a few extra pounds, it should definitely be used in moderation.

Like coconut sugar, maple syrup is made using the sap of a tree and in this case would be the sugar maple tree, which can be found growing throughout eastern Canada and the northern parts of central and eastern United States.

Similarly, it contains nutrients as well as antioxidants, which range from calcium and potassium to iron, zinc, and manganese, though it is still high in calories but not as much as refined sugars. [4]

Furthermore, people interested in pure maple syrup should watch out for maple-flavored syrup, which is just corn syrup packed with refined sugars rather than the real product.

Some people might be more familiar with monk fruit under the Chinese name of luo han guo, which translates to arhat fruit in English.

Names aside, its extract is similar to the extract of the Stevia plant in that it is much sweeter than refined sugars, but still considered low-calorie and safe for a low carbohydrate diet because it contains some of the same chemical compounds. [5]

However, it is interesting to note that it has anti-oxidant as well as insulation-stimulating properties, while potential anti-cancer benefits are also under investigation.

Despite being about as sweet as refined sugars, xylitol is a sugar alcohol with about two-thirds of their caloric value, meaning that as a healthy sugar substitute, it is off to a good start.

Better still, it reduces the chances of cavities, which should come as an enormous relief to those who are afraid of the dentist, while also failing to raise either blood sugar or insulin, which might be interesting to those who are concerned about diabetes. [6], [7]

With that said, it should be noted that xylitol is toxic for dogs, which is why any dog owners out there should exercise additional care and caution when using it.

Made using the Yacon plant, Yacon syrup has seen widespread use as a weight loss supplement because of recent research suggesting that it can contribute to significant weight loss in overweight women. [8]

Furthermore, it is high in fibers that can serve as a food source for beneficial bacteria in the human digestive system, though it should be noted that consuming too much of this sweetener can result in digestive problems in the short run. [9]

Out of all the all-natural sweeteners used as a substitute for refined sugars, date sugar has some of the highest levels of antioxidants, which can protect against harmful free radicals. [10]

However, since dates contain large concentrations of sugar, it should come as no surprise to learn that date sugar is high-calorie.

This is why anyone seeking to cut calories in their diet should not go overboard with its use and consumption.

Another interesting fact about date sugar is that it does not melt well; therefore meaning that it cannot be put to all of the cooking uses of refined sugars.

With that said, it is important to note each of these all-natural sweeteners comes with its own fair share of pros and cons, meaning that some of them might be better-suited to particular applications than others.

As a result, those who are interested in making use of them in their cooking should make sure to conduct further research on their own initiative.

Remember, the understanding of all-natural sweeteners as well as their effects on the human body are progressing study by study.

This is why, it is important to stay up-to-date about the latest developments in order to make the healthiest choices when it comes to living well.