SUMMARY:  Energy drinks still seem to be as popular as ever despite the fact that there are concerns on their safety. Here’s the complete list of healthy alternatives that will give you a boost without compromising your health. 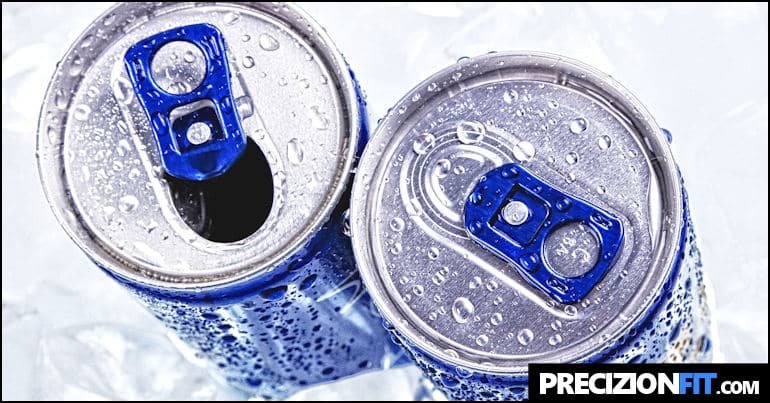 Looking for a healthy boost in energy without the dangers of commercial energy drinks?

Recent research has shown that energy drinks have become more and more popular in recent years and the market for these popular beverages continues to expand.

And the truth is, doctors and scientists have been very vocal about the dangers and negative effects that these drinks have on a human body.

This is why the trend has been to continue and encourage people to use them less and for those who do, not depend on them for long periods of time.

What exactly are the effects of energy drinks, according to research and case studies?

Are there any healthier alternatives out there or any all natural options available?

The modern human is expected to deliver high performance with high added value.

However, it is not always possible, since the energy levels of a human body can only be kept high naturally for so long.

Energy drinks seem to give that extra ‘kick’ which keeps people going, but to what end?

As mentioned by Ricardo Mora-Rodrigueza and Jesus G Pallares, the reason why energy drinks enhance the performance is because of the stimulants they all contain. [1]

The most common and the best known of those is caffeine.

Several other ingredients are present in different energy drinks, such as Taurine, but people are most familiar with caffeine, because coffee and tea also contain this ingredient.

A Dutch study, among other research into the effects of caffeine on the human body suggests, that the cognitive function is enhanced by the way caffeine and other ingredients interact in the human body and what combined effect they end up having. [2]

Looking into these effects has led scientists to question the capabilities of the human body, and the limits to which it can be pushed without damaging one’s health temporary or permanently.

It is not uncommon to see energy drink consumers go from alert to jittery and seemingly anxious.

Caffeine is a powerful stimulant that, used in a small dose makes people more awake and focused.

However, used in larger doses, it has the adverse effect, turning into a drug, over-stimulating the central nervous system and becoming dangerous or potentially dangerous in some cases.

A Healthier Option For The Long Run

The alarming rates of obesity and heart disease related deaths in the world have raised awareness within society, that choosing a healthier lifestyle is a better option in a long run.

Heart disease and even heart failure, is sometimes also associated with overdosing on caffeine or consuming large quantities of it in a short period of time.

It has to be said, that it is much more convenient to consume energy drinks than coffee or tea, which both require time to be prepared.

Looking for healthier options that still enhance performance is a point of discussion among those who are aware of the trend, but are still in need of a higher performance.

Can getting a good boost in energy be as simple as drinking more water?

Running out of energy during the day is a very common occurrence and most of the time it happens because of dehydration even if there is no feeling of thirst.

Water is one of the most common known substances to mankind and yet, on the background of fancy café lattes and fizzy drinks, water has been forgotten in the mix.

Water helps the body to stay hydrated, helping it to be awake as well.

Therefore, instead of reaching for an energy drink during the working hours when your energy level hits the lowest bar, reach for a bottle of water.

Drinking plenty of water throughout the day to stay hydrated will keep the mind alert and body running at peak performance.

There are other health benefits coming from drinking water as well, including improving skin conditions and helping to keep the metabolism boosted. [3]

Some people prefer a little bit of caffeine to get them through the day, and that perfectly okay.

So if you are a fan of caffeine, but don’t want all of the other chemicals that come along with energy drinks, then Black Tea may be just what you need.

Black tea is a drink of preference, since many people are not huge fans of this beverage because of its strong and specific taste and aftertaste.

However, it has some great benefits on offer over all other types of teas which include superior increases in energy and mental focus.

Black tea is preferred over other more popular varieties such as Green Tea because it contains the highest levels of caffeine per ounce along with a substance called Theanine, which in an amino acid that has a calming effect on the nervous system.

When you combine Caffeine and Theanine, you will get a nice smooth increase in energy, focus and overall mental performance. [4]

In the Nootropics community, a combination of Caffeine and Theanine is said to be one of the best basic stacks because it produces a good boost in energy without all of the jitters and anxiety that come along with caffeine on its own.

Although Black Tea contains more caffeine than most other teas, it also packs a punch with minerals, vitamins and natural antioxidants. [5]

Including plenty of green vegetables in the daily diet has been recommended so often by doctors, personal trainers and dieticians that they have started sounding like a broken record.

To offer some peace keeping, some of the greens that are great for better performance and overall health don’t really taste much of anything except fresh cut grass.

This is why green drinks have become so popular in recent years.

Green smoothies are one of the best ways how to kill two birds with the same stone.

Spinach or kale in the blender with green fruit, such as kiwi and some apple juice or orange juice makes all the difference in the world.

It can be more time consuming because of preparation, but a healthy vitamin cocktail that helps the body stay alert and healthy at the same time without any negative side effects is definitely worth it.

We have to be honest and start out by saying fruit juice is a double edged sword.

Orange juice is among the most consumed beverages in the world, but there are arguments against its health benefits because of the amount of sugar and artificial stabilizers within a single carton.

How can it be beneficial then?

Like all other fruit juices, squeezing it fresh makes all the difference.

Squeezing juice from fresh fruits and vegetables is a process that requires some time but you get all of the energy enhancing benefits because the enzymes are still intact.

You can make enough each morning for the entire day and it can be kept in glass bottles in the fridge.

Whenever you need an all natural pick-me-up to avoid that low energy feeling you get in the middle of the day, just grab a glass of your home made juice.

Fresh fruit juice can also help you load the body with vitamins and minerals that are necessary to maintain good body functions. [6]

Sometimes a lack of energy is due to the fact that you are not getting the essential nutrients that your body needs.

This can be due to many factors, but one theme that is consistent is that is most people work an extremely busy schedule and simply don’t have time to eat.

When you don’t have time to get food in your body, you start to slow down and your energy levels come to a screeching halt.

This is where a protein shake can work wonders.

A simple and convenient shake has its benefits for those who spend days in an office or on the run, work related or not, and need to maintain their mental focus and efficiency.

Having a protein shake also has many other advantages that you can benefit from such as a boost in metabolism and the maintenance of lean muscle tissue.

Starting a healthier lifestyle is beneficial not only for losing weight, but on many other levels as well.

Long gone should be the thought that a “healthy” diet consists of not eating and only consuming sparse amounts of vegetables and fruit.

Balancing your diet as much as possible is the key.

A huge meal in the evening and drinking energy drinks during the day just to stay awake can lead to an early grave.

Replacing that with three meals and two snacks as well as a healthier drink options mentioned above will raise overall energy and happiness levels.

Drinking smaller amounts of coffee and tea on a regular basis is not a problem either; it is even encouraged by anti-aging experts for brain health.

Caffeine definitely has its benefits, but most energy drinks out there overload the body with unnecessarily high amounts of caffeine in combination with other stimulants, artificial stabilizers and sugars, creating a ticking time bomb.

So skip the commercial drinks.

No drink can replace a healthy diet and if there are any questions, a dietician and a regular GP will be able to supply detailed answers and offer guidance.