SUMMARY:  HydroxyCut Hoodia is one of the newer diet pills on the market today to contain Hoodia Gordonii for superior appetite suppression. Here’s what we rounded up about the ingredients, side effects, benefits and more. 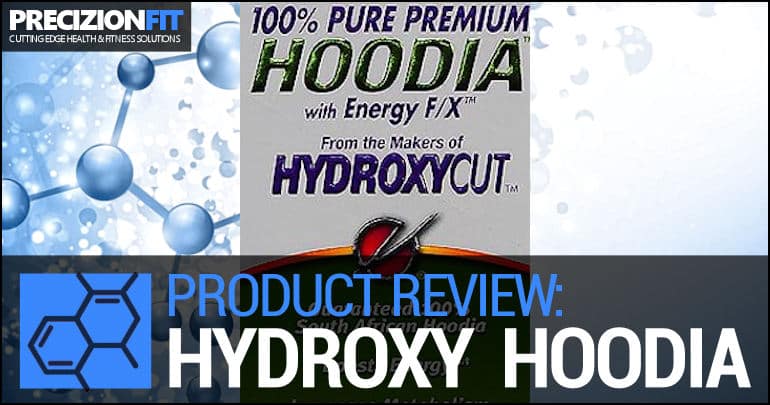 Hydroxycut Hoodia is one of MuscleTech’s newest product campaigns aimed at trying to combat its ongoing negative publicity and negative reviews.

It seems as though MuscleTech continues to come up with a new and improved weight loss supplement every year to add to its long list, so this is no surprise.

I believe this is because they are trying to regain the title as having the best diet pills on the market as they once did in the early 2000’s.

Their goal is to create a new “buzz” product that will generate a positive response from users and online review sites.

So in this article, I am going to give you a full review of this unique version of Hydroxycut.

We’ll take a look at what makes it different from previous versions such as Hydroxycut Max and whether or not it’s truly effective and worth buying at all.

The main ingredient of the latest Hydroxycut is none other than Hoodia, made from Hoodia Gordonii.

Hoodia Gordonii is a cactus like plant that is native to South Africa and Namibia.

It was originally used for its appetite suppressing properties and also as a thirst inhibitor by native Bushmen on long treks such as hunting.

Once the word got out on the seemingly miraculous properties of this all-natural compound, supplement manufacturers quickly jumped on it.

Having found a way of processing the raw plant into an extract powder, they combine it with other ingredients, encapsulate it and sell it as a weight loss pill.

As opposed to most Hoodia products on the market such as Unique Hoodia, there are other ingredients in this diet pill, including green coffee extract, caffeine and Asian ginseng.

How Does It Work?

This product works a little bit different from the original formula and most other supplements we have featured on our site.

Unlike products such as Phentramin-D and PhenQ, none of the ingredients are actual fat burners.

This product is mostly used as an appetite suppressant, with the other ingredients acting simply as stimulants designed to enhancement your energy levels.

So the idea here is that you will eat less while having the extra energy to exercise more.

This will hopefully result in a greater overall caloric expenditure and ultimately fat loss.

How Is It different From Other Hydroxycut Products?

The main difference between this version and previous versions of Hydroxycut is that this is the first time Hoodia has been included in the ingredient lineup.

Other than that, other versions such as Hydroxycut Hardcore Elite did contain green tea extract, ginseng and Green coffee.

What has come out from a lot of the user reviews is that as far as overall results is concerned, it falls short of expectations.

And from some of the reviews that I have read, in some cases it has even been said to be far less effective.

So Does It Really Work?

Personally, I believe that this diet pill is may actually be effective, for what it’s worth.

I think that the problem is that it has just been marketed in the wrong way, since everyone thinks of a fat burner when Hydroxycut is mentioned.

So instead of being marketed as a fat loss formula, it should be strictly advertised as an appetite suppressant and energy booster.

This will differentiate it from the previous version of Hydroxycut and give users a more specific idea of exactly what the pill does.

If you keep this in mind before you buy it then you will not end up one of the hundreds of disappointed customers who have come out and say it doesn’t work.

What Are The Side Effects?

Perhaps one of the most notable things about the earlier versions of Hydroxycut was the unending complaints about the side effects.

Now it seems they finally got on the right track with their latest Hoodia diet pills.

But with that said, no over the counter supplement is ever going to be 100% without side effects.

Some critics have mentioned one or two side effects that are common with Hoodia Gordonii, which are dehydration, dry mouth and fatigue.

In response to the dry mouth and dehydration, I will point out that the manufacturers give fair warning on the bottle.

They recommend consuming large amounts of water and fluids when using these pills, so be sure and read the label carefully.

As for the fatigue, I am sure that this depends entirely on the individual and not on the supplement itself.

Let me note again to read the label carefully.

A lot of people have the habit of buying a supplement and then not even bother to read the instructions.

Not reading the instructions is one sure way of encountering complications and negative side effects.

So is this a fat burner or overall weight loss pill?

But if you are looking for a general weight loss pill that helps to keep your hunger in check and gives you extra added energy, Hydroxy Hoodai will do just fine.

And remember, there are no shortcuts to weight loss.

Supplements alone are not going to help you shed the extra weight without any effort.

However, combined with a good training program and proper nutrition, Hydroxycut Hoodia can help you get the weight off.