SUMMARY:  Low-carb diets are not only great for weight loss, but also for the numerous health benefits. Here are some of the more popular low carb diet benefits you can receive from this type of protocol. 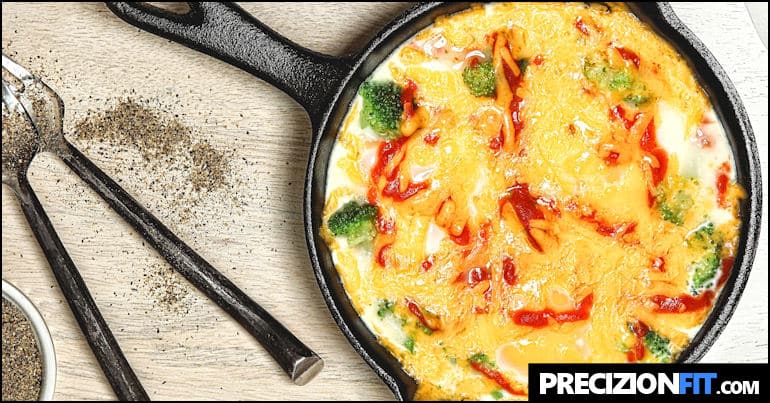 Have you have tried virtually everything in the book to lose weight and still come up short?

If this sounds all too familiar then you might be like so many other individuals who find themselves at their wit’s end when it comes to trying to shed pounds and get healthy.

Chances are, you have heard rumors that a low carb diet is more difficult to stick to than other diet programs.

You may have also heard comments that this type of diet isn’t even effective.

But the truth is, many of these claims are simply common diet myths that just aren’t true.

They are like most of the other claims that seem to permeate cyberspace without any basis in facts.

In reality, there are a number of proven benefits associated with lowering your carbohydrate intake, especially when it comes to losing weight.

Below, you will find seven of the most prominent benefits of choosing a low carb diet.

1. Forces Your Body To Burn Fat

One of the best things to happen when you start eating less carbs is that it actually forces your body into fat burning mode.

And that is the exact result that you are after, right?

You see, when you are no longer getting the majority of your energy from carbohydrates that come from things like bread, potatoes and pasta, your body has to get the energy from somewhere else.

As a result, it is often forced to turn to the fat cells that are already inside the body (such as belly fat) and then break them down in order to use them for energy.

Therefore, a low carb diet is one of the most effective ways there is to lose weight and then keep it off for an extended period of time.

2. You Actually Have More Energy

If you fall for some of the misleading diet info out there then you might think that you would have less energy on a low carb diet instead of more.

After all, you have probably been told throughout your entire life that carbohydrates are what help your body create the vital energy that you need.

In reality, loading up on carbs can actually have the opposite effect because it causes your body’s blood sugar to get out of sorts very quickly.

Carb loading does nothing more than release high levels of insulin and force the body to attempt to transform the carbs into energy (glucose) that must be used right away.

But what actually happens is that any excess energy in the form of glucose that isn’t used almost immediately winds up being converted to fat.

This not only makes you gain weight, but it can cause those dreaded energy crashes that you have worked so hard to avoid.

When you eat a low carb diet, your energy level starts to level out and you stop feeling like you are on a rollercoaster every second of your life.

Let’s face it; low carb diets are much more convenient than other types of diets.

The entire idea behind a diet like this is to avoid foods that are high in carbohydrates; it’s as simple as that.

Identifying those foods and then staying away from them is all it takes to stay true to the diet.

Therefore, it isn’t necessary to worry as much about everything else that is on your plate.

Are you are a busy person who has an exceptionally busy lifestyle and doesn’t have time for measuring out every single thing you eat or putting it on a scale to make sure it is the right portion size?

If this sounds like you then this is the way to go because this type of diet essentially eliminates the need to do any of that.

One of the great things about a low carb diet is that it eventually controls the cravings that you have for all of the unhealthy foods.

You probably already know that when you eat a lot of sugar, you end up craving more sugar.

It becomes a vicious cycle that you can scarcely escape from.

However, the same thing happens when you are dealing with any type of starchy carbohydrates, not just simple sugars like sucrose.

This is because even complex (starchy) carbs eventually get converted into sugar inside your body.

So consuming them even in moderate amounts can actually make you continue to crave more.

When the cravings go away, it becomes easier to take charge of your weight instead of feeling like a victim of it.

5. Gets Rid Of Belly Fat

A low carb diet is capable of getting rid of belly fat faster than virtually anything else that you can try.

It really goes back to the numerous health benefits that are associated with eating a low carb diet.

But it is also directly tied to craving less unhealthy foods and learning to slowly change your eating habits for the better over time.

You might be surprised at how fast your waistline starts to decrease once you stop consuming all of those heavy carbohydrates.

6. Evens Out Your Blood Sugar

Granted, this is all about losing weight.

We touched a little bit on this above, but the best way that you can lose weight is to ensure that you don’t have a lot of spikes in your blood sugar.

If you are experiencing excessive insulin release, you can find yourself in a position where you are flirting with a condition known as metabolic syndrome.

One of the hallmarks of the syndrome is blood sugar that is wildly out of control along with fat being stored, especially in the belly.

This in turn makes you at risk for a whole host of other potentially serious medical conditions.

A diet rich in low carb foods can often eliminate the problem altogether.

7. Easier To Stay On Target

As mentioned previously in this article, a low carb diet is one of the more convenient diets that you can go on and actually stick to.

This is because people have a tendency to get away from healthy eating habits when it comes down to a matter of pure convenience.

When you eat a low-carb diet, it just feels much easier to stay on target from both a mental and emotional perspective.

Therefore, it makes it much easier to stay on target with the food you are eating and stick to the plan for the long run.

The word “diet” often makes a person feel like they simply want to stop listening to whatever is being said and turn away.

But a low carb diet simply means a “simplified diet” where you are merely cutting out many of the unhealthy foods that are making you fat.

When you consider the fact that you can lose weight quickly, keep the weight off and benefit from all of the other health improvements associated with eating a low carb diet, it should be a no brainer to do exactly that.