SUMMARY:  The Paleo diet is a mainstream nutritional protocol that is not only great for health, but for weight loss as well. Here’s the complete low-down on why this way of eating may be most beneficial for losing weight. 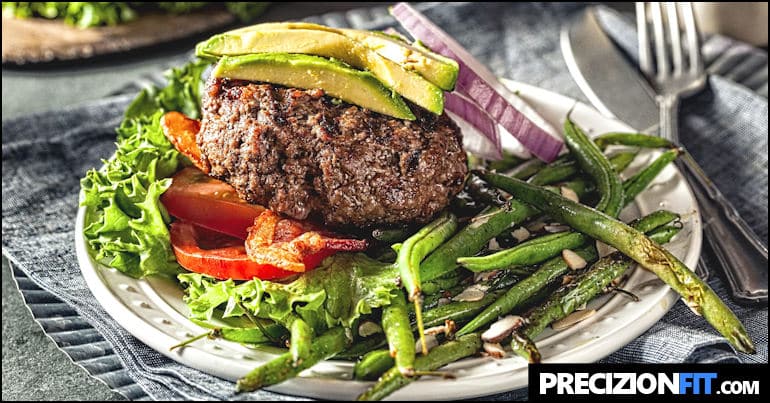 Why are people so crazy about the Paleo Diet for weight loss and other health benefits?

The term Paleo diet is short for Paleolithic diet, which is a diet based on the eating habits of the prehistoric period.

This period of time is when humans were still hunter-gatherers and managed to subsist by using knapped stone as well as other simple materials such as bone, fiber and wood.

As a result, it should come as no surprise to learn that a Paleo diet is theoretically based on the foods that would have been available to those hunter-gatherers.

This means more fruits and vegetables as well as nuts, roots and meats were consumed on a regular basis.

In theory, the Paleo diet is supposed to improve human health because those are the foods that humans were evolved to eat.

But this remains a matter of much dispute, particularly since there can be significant differences in the details between different Paleo diets laid out by different people.

Still, there are some reasons to believe that a Paleo diet can be beneficial for weight loss, with the following being 7 excellent examples.

Eggs are a common component of Paleo diets because our ancient ancestors would have no problems with eating them whenever and wherever they could get a hold of them.

This is important because eggs are packed with not just proteins but also beneficial fats, which make them a nutritious choice that can make people fuller for longer periods of time.

As a result, they can stop people from binging on junk foods, which is one of the factors that must be overcome for people to start losing weight. [1]

Another common component of Paleo diets are green leafy vegetables, which are a smart and sensible choice for people who are struggling to lose weight.

In part, this is because green leafy vegetables such as kale, lettuce, and spinach are packed with plenty of essential nutrients.

However, it should also be noted that they are short on calories and carbohydrates but rich in fiber.

This means that they can help people feel fuller without consuming large amounts of calories in the process.

In effect, this makes them critical tools for successful hunger management as well as natural calorie reduction. [2]

Likewise, cruciferous vegetables are healthy foods that are popular with Paleo dieters as well.

For people who are unfamiliar with the term, cruciferous vegetables are vegetables belonging to the family Brassicaceae, which is also called the crucifer family or the cabbage family in more informal contexts.

Examples of cruciferous vegetables include, but are not limited to, cabbage, cauliflower, broccoli, and Brussels sprouts.

With that said, it should be noted that they provide the same benefits as leaf vegetables while also having the advantage of being packed with protein, which is something that can help Paleo dieters stop thinking about food by making them feel full for longer periods of time as well. [3]

Our ancient ancestors have been fishing the sea since prehistoric times, meaning that seafood is another component of the Paleo diet.

There are a number of reasons that seafood can contribute to the maintenance of human health, but one particularly interesting example when it comes to weight loss is their iodine content.

By eating enough seafood, people can make sure that they are getting enough iodine for their metabolism to run as it should be, which is important because a lack of iodine is a lot more common than it should be. [4]

While pop culture exaggerates the extent to which our ancient ancestors were reliant on hunting rather than gathering for their main sources of food, meat was nonetheless an important component of their diet.

As a result, it is no coincidence that meat is a main component of Paleo diets as well.

Lean meats are packed with protein, which makes people feel fuller for longer periods of time.

However, it should also be noted that they have a curious effect in that they help people burn more calories on a daily basis.

While the increased calorie burn is too small to matter much in the short run, even small numbers can result in significant differences in the long run. [5]

Fresh fruits are a popular choice for Paleo diets as well.

Better still, fruits have plenty of nutrients to keep people healthy, while their high fiber content prevents their high sugar content from being released into the bloodstream too fast.

Finally, it should be noted that fruits have high chewing resistance.

This means that people can burn more calories by chewing them compared to eating other foods, thus making it no coincidence that they are so beneficial for human health in a wide range of contexts. [6]

7. High In Nuts and Seeds

Nuts and seeds are beneficial for a lot of the reasons that have been mentioned so far.

For example, they are packed with clean healthy fats, fiber, and protein, meaning that they fill up the people who eat them with surprising speed.

However, it should be noted that nuts also have low bio-accessibility, meaning that people absorb less their energy compared to other foods that share some of the same properties.

As a result, Paleo dieters who are eating a lot of nuts have to burn through fewer calories for them to start losing weight, though it should be noted the consumption of nuts should remain in moderation. [7]

Further Considerations On The Paleo Diet

With that said, it is important to remember that there is no such thing as a perfect diet that can help you lose weight on their own without making other lifestyle changes at the same time.

As a result, Paleo dieters who are attempting to improve their health by using the benefits of Paleo diets for weight loss listed here should make sure to combine their food consumption with not just regular exercise but also a good night’s sleep.

By doing so, you can provide yourself with both the physical and the mental energy that you need to follow through on their resolution.

This in turn, should make you better and better at following a strict weight loss regimen over time by building on your previous successes.