SUMMARY:  Whole wheat products have always been touted as excellent for your health, but times have changed. Here’s why you may want to skip foods containing wheat if you are trying to lose weight. 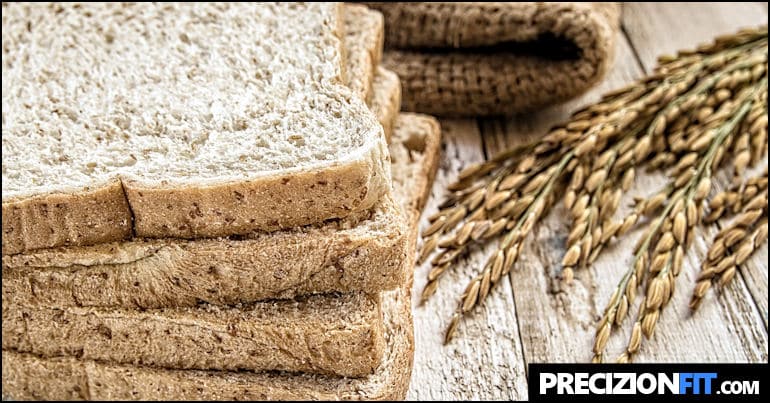 Want to know why wheat is making you fat and sabotaging your weight loss efforts?

Wheat is pretty much an unavoidable grain – there is more trade for this crop around the world than every other one put together.

From breads to beers, wheat can turn up anywhere.

But unfortunately, the grain can often result in significant weight gain, which unfortunately tends to happen before you even realize it.

Is Wheat Making You Fat?

It’s no wonder that many people are opting to move to gluten-free and low-carb diets; the results are often spectacular.

Djokovic chose to take the wheat out of his diet, which is something that contributed to his rapid ascent to the top of the world game.

Wheat is not only making us fat, but it’s also leading to illnesses such as diabetes, heart disease and even cancer.

Wheat is so ingrained in our society, but historically it hasn’t been noted for causing weight gain, which indicates that the crop has changed, so much so that you should perhaps consider grain free weight loss from now on.

Here are seven reasons wheat is making you gain weight.

Despite its name, super starch is actually not that super for those attempting to lose weight.

Officially known as Amylopectin A, super starch has become popular as it helps bread to become extremely large and aesthetically pleasing. [1]

But while super starch has its benefits, it puts pressure on your body.

Since your body can easily digest Amylopectin A, your blood sugars levels are pushed up significantly as a result. [2]

This means that your body has to rapidly produce insulin so it can tackle the additional calories – but it cannot keep up.

Therefore your body is left with all of this extra fat, much of which accumulates around the belly.

There’s no doubt that super starch can make you fat, but if you aren’t careful and eat too much it could potentially lead to diabetes.

Research shows 6-7% of all people suffer with gut inflammation by consuming gluten. [3]

The large amount of gluten in wheat is detrimental, and research has indicated that there is around 10 times as much gluten in wheat nowadays than there was around half a century ago.

Considering how many people suffer with the effects of gluten, this is a big problem.

Gluten has a variety of negative impacts, from weight gain to causing malnutrition.

It does this by interfering with your body’s digestive tract, by instructing your body’s immune system to do so.

Wheat and belly fat is an unfortunate combination, but as you can see, there are many other problems associated with wheat too.

The presence of fake hormones in wheat is also leading to your weight gains.

Fake hormones are chemicals that have hormonal effects.

In the case of wheat, xenoestrogens, chemicals that have similar effects to estrogen (a female hormone) are abundant. [4]

This is because herbicides and pesticides which are now so liberally used when growing crops contain xenoestrogens.

In women, these chemicals encourage the body to store fat on the hips and thighs, while xenoestrogens lead to men gaining weight around the waist.

In addition, the hormone can contribute to gynecomastia in men, which is the increase of breast tissue growth.

Eating wheat can be a vicious cycle, as one of its key components, gliadin, serves only to increase your appetite. [5]

As a consequence, wheat eaters tend to crave much more food (both wheat and non-wheat) than those who do not.

William Davis, MD, a preventative cardiologist, has indicated that wheat eaters can put on up to 40 pounds extra per year, due to having a daily diet consisting of 400 additional calories.

Those who don’t consume wheat regularly are not beholding to these cravings, and therefore they don’t eat as much.

Another advantage of staying clear from wheat is that you avoid sucrose, corn starch and a variety of artificial flavorings.

As consumers, we like our food to look as attractive as possible – but this comes at a cost.

To make foods look as appealing as possible, manufacturers will stuff them with conditioners.

In bread, an ingredient known as potassium bromate is included so that bread looks as big and plump as possible.

However, these substances directly alter how your body’s hormones act.

The consumption of Potassium bromate can lead to a slow thyroid.

A slow thyroid will lead to a rapid slowing of your metabolism, and this will make it harder for your body to shift unwanted fat, because it becomes much more difficult to burn calories.

As much as eating well is important to not gaining weight, exercising regularly is also necessary.

However wheat, like many other foods high in carbohydrates, tends to leave people tired and lethargic, hence they do not exercise as much as they should and end up gaining weight.

There is a limited amount of evidence, but this is likely due to large variations in blood sugar levels caused by eating wheat.

Substituting wheat for healthier energy rich foods – fruit and vegetables in particular – is not just a healthier alternative, but it should also help to improve sleeping patterns and energy levels.

7. Wheat Is Addictive To The Brain

The physical effects of wheat are well-documented, but there is also a mental effect too: the more wheat you eat, the more your brain becomes addicted to it as it searches for the latest fix.

This is similar to any addictions, such as smoking and drinking, although obviously less serious.

That doesn’t necessarily make the habit easier to kick, however.

Depriving your body of wheat just leads to it craving more.

The National Institutes of Health has looked further into this, and has concluded that the root cause is the polypeptides which are found in gluten.

Polypeptides are able to work their way into the brain, and lock themselves to morphine receptors. [6]

Hence, when you eat wheat, you satiate a desire and give yourself an artificial feeling of happiness.